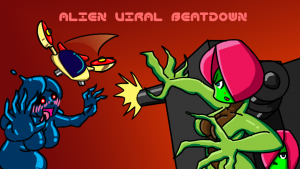 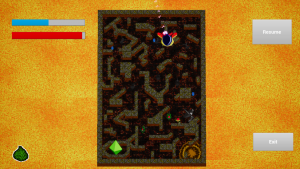 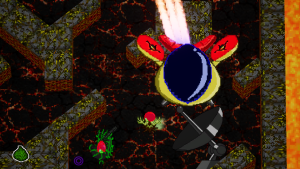 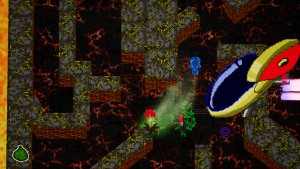 “Billiards meets Pacman meets The Thing…”
In this challenging top down strategy shooter, play as an alien species fighting to take control of a planet and its local life forms, as another slow moving yet powerful invader tries to annihilate everything on the planet, including you. Battle against this formidable opponent throughout the confines of a harrowing post apocalyptic maze and attempt to kite the enemy ship through strategic choke points to its doom. You are wildly outgunned, and the only way to victory is to assimilate the local defenses (turrets) and life forms (slimes) to ally against the invading ship. The theme for this game jam was “transmission” so we focused on the mechanic of “transmitting allegiance” – assimilating the neutral AI to side against your opponent. We decided on a retro pixel art style with a 3/4 view inspired by The Legend of Zelda: A Link to the Past for the aesthetic direction.

Technology Notes:
Instructions: WASD to move, Mouse to aim, Left Click to fire projectile, Right Click to bait the enemy Spaceship, TAB to pause the game and get a strategic view of the map. (In the pause menu, the blue bar is player health, red is spaceship health).
Target Turrets and blue slimes to Corrupt them to your side. Use the corrupted Turrets to take the Spaceship down. If you run out of health, or the SPACESHIP destroys 2 targets OR all the turrets, it’s GAME OVER!